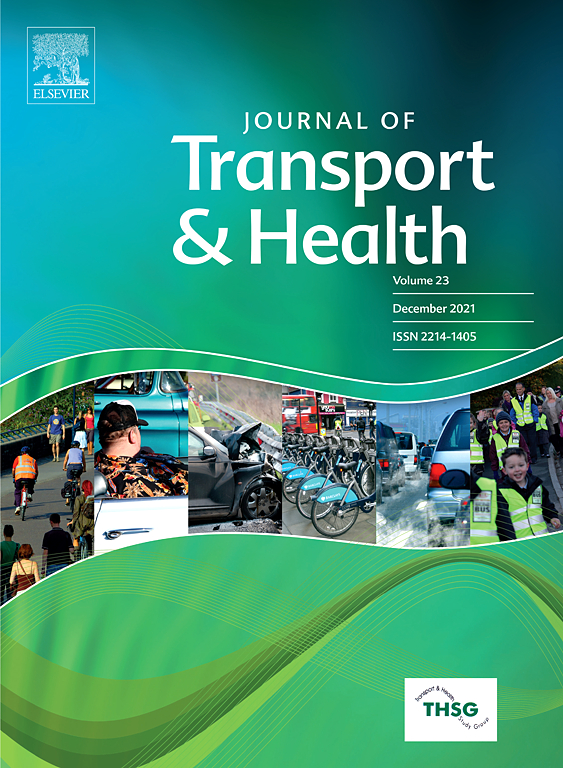 Background
Commuting by bicycle or on foot is beneficial for health and wellbeing. However, cycling and walking alongside road traffic poses the risk of air pollution and noise exposure. Traditionally, exposure research is based on objective measurements. Only recently have subjective perceptions gained attention. The perceived exposure to air pollution and noise en route and the momentary sensory awareness in traffic has rarely been investigated. This study addresses this research gap. The aim was to examine cyclists’/pedestrians’ sensory awareness, perceived and measured exposure, and practices to reduce health risks and improve wellbeing en route.

Methods
A mixed-methods approach was applied: (1) go-/ride-alongs with 28 participants in Berlin, Germany, were conducted. Cyclists/pedestrians were accompanied on their commute home from work. Meanwhile, a semi-structured qualitative interview during cycling/walking was applied to discover experiences, practices and perceptions on-site. (2) Simultaneously, noise (dB(A)), GPS and air pollution (particulate matter) were registered with wearable sensors.

Results
Measured exposure was partly in line with perceived exposure. However, some situations with high exposure were evaluated as positive due to sensory awareness (greenery/water, urban aesthetics) or social cues (other people, neighborhood areas). Community feelings, aesthetic/interesting urban form and passing people who perform leisure activities and, thus, take ownership of their city, improved a pleasant commute. Using hidden paths to include greenery and protective practices (e.g., increasing the distance from emitters) were examined.

Conclusions
Cyclists and pedestrians are directly exposed to their environment, which jointly influences health and wellbeing. Air pollution and noise need to be addressed, as do exposure perceptions and other sensory experiences. Passing community areas, having an interesting trip, seeing/smelling blue and green spaces, and the quietness associated with these experiences improve a cyclist’s/pedestrian’s wellbeing during their commute. Further research on how to plan for and communicate about healthy and pleasant routes is needed.