In order to make the transport transition and measures to accompany it socially just, it is not only a matter of who is currently suffering from motorised individual transport and its consequences: we also have to ask who is responsible for noise, air pollution and land consumption. So, who is behind motorised private transport and its negative effects?

One approach to this question is to look at car ownership rates. There are already some studies on this at the federal level. For example, 53% of households with very low incomes do not own a car, while only 8% of households with very high incomes have no car. Two or more vehicles are available in about half of the households with high and very high incomes[1]Frey, K. et al. (2020), Verkehrswende für ALLE, So erreichen wir eine sozial gerechtere und umweltverträglichere Mobilität, Umweltbundesamt , and they are also used more often than in the other income groups[2]Aust, F. et al. (2019), Mobilität in Deutschland, BMVI.

In order to make a data-based contribution to this debate at the city level, Kläver and Czeh, supported by Barkam and Nähring, investigate the relationship between car ownership and socio-economic situation in Berlin.

This blog article examines whether there is a correlation between car ownership and socio-economic situation of the inhabitants of Berlin. For this purpose, the car ownership rate[3]Statistical Office Berlin-Brandenburg (2021), data query for 2020 (cars per 100 inhabitants) is compared with socio-economic situation at the level of 436 living environment-oriented spaces (LOR). The car ownership rate is based on data from the Berlin-Brandenburg Statistical Office; the data basis for socio-economic situation is the "Monitoring Soziale Stadtentwicklung" of the city of Berlin. Here, the Senate Department for Urban Development and Housing records the proportion of unemployment, transfer payments and child poverty of the residents in the 436 LOR. Socio-economic situation[4]The senate administration summarises these three parameters as "social status", but we consider the term "socio-economic situation" more appropriate for this paper. Continue reading is divided into four categories, from "very low" (high proportion of unemployment, transfer payments and child poverty) to "high" (low proportion of people with unemployment, transfer payments and child poverty) [5]Herrmann-Fiechtner, M. et al. (2019), Senatsverwaltung für Stadtentwicklung und Wohnen Berlin.

Results of the study

The analysis shows that in LOR with very low general socio-economic situation, on average 23 out of 100 inhabitants own a car, while in LOR with high socio-economic situation almost twice as many people own a car (44 cars per 100 PE, see Figure 1). As a study by Gössling et al.[6]Gössling, S., Choi, A., Dekker, K. and Metzler, D. (2018), The social cost of automobility, cycling and walking in the European Union, Ecological Economics 158: 65-74 shows, users cover only part of the costs incurred by society by the use of cars, e.g. accident costs, noise costs, infrastructure costs and CO2emissions, etc. Accordingly, the socio-economically better off benefit disproportionately from the low costs of private car use, which are too low from the point of view of society as a whole. The fact that in Berlin private car ownership rises with higher socio-economic status shows that socio-economically weaker strata tend to (be able to) afford a car less often, while socio-economically better off strata tend to (be able to) afford a car more often and accordingly benefit disproportionately from the costs of car ownership. 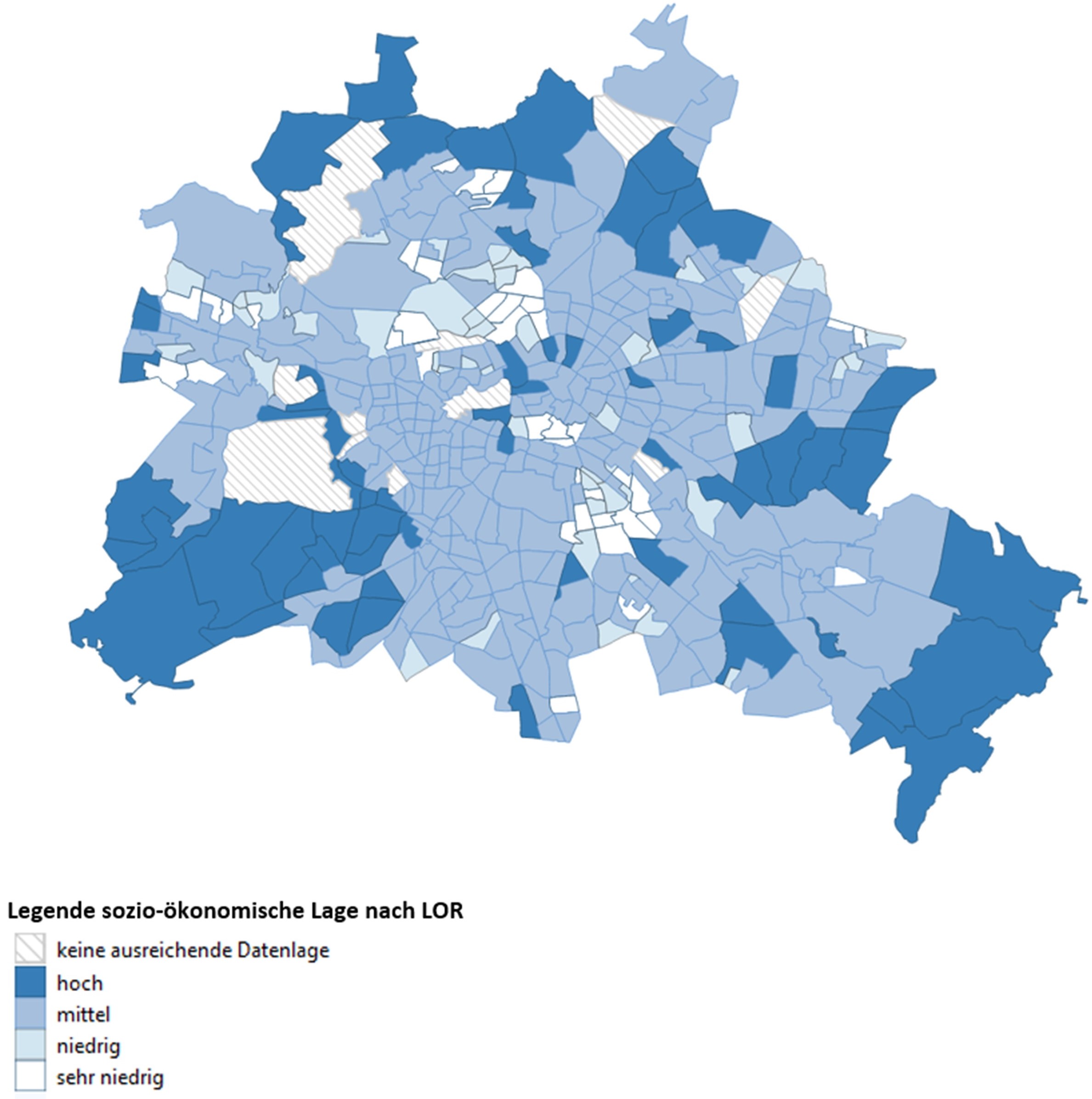 Other aspects of car ownership in Berlin

Costs of providing and operating car parking spaces
The revenues from parking space management and residents' parking permits currently do not cover the municipal costs for the operation and provision of parking spaces, which according to a study by Agora-Verkehrswende costs around €220 per parking space per year[8]Klein-Hitpaß, A. et al. (2020), Umparken – den öffentlichen Raum gerechter verteilen. This is because Berlin has no parking management in large parts of the city and the fees for residents' parking permits are very low at €10.20 per year. That means that the members of urban society that do not own a car also have to pay indirectly for the costs of operation and maintenance.

Accordingly, it is positive that almost all parties have announced an improvement of public transport and active mobility in their election manifesto for the Berlin House of Representatives in September this year. It is urgently needed, because despite efforts made in recent years, the conditions for cycling leave much to be desired[9]Allgemeiner Deutscher Fahrrad Club (2020), ADFC Klimatest.

Additional financial resources are needed for the expansion of ecomobility, such as the extension of the bike lane network or the idea of a 365€ annual ticket for the use of public transport. Canzler and Knie propose to increase the costs of car traffic by introducing road pricing[10]Canzler, W. et al. (2020), CITY-MAUT BERLIN 2021. Other possible sources of funding are the increase of parking fees and the extension and increase of the costs for residents' parking permits.